Just as I entered motherhood feeling totally unprepared, I too enter the world of blogging totally unprepared. How often should I write? What is too much? Not enough? I think I will take the same perspective I do when it comes to potty training my daughter. I tell her, “Let’s just sit on the potty and see what happens.” So, I will write when it feels right and just see what happens…

So, yesterday I wrote a check to the photographer for $203 for pictures that are, at best, okay. His work is great, don’t get me wrong, it’s the subjects that leave room to be desired. My daughter, as beautiful as she is, wouldn’t so much as crack a smile. In no way was she buying into the giggles, jingling, and “show me your princess smile” being energetically yelled from the photographer and his assistant. She wasn’t going to budge. One photo, in particular she is giving such a distasteful look I dubbed it, “Mean Joe Green.” Of course I ordered a copy. I had to. I had to have living proof that she could grimace with such expression at such a young age.

So as I was reviewing these pictures I thought about how my perspective has changed so much in less than two years. When my daughter was first born there was definitely a sense of wanting all outward appearances to be just right. Especially since she was a girl. I wanted everything to look perfect. Yeah right. I remember our first Santa picture like it was yesterday. She was not quite a year old and we set off to the mall to take what I certainly knew was going to be the perfect Santa picture.

I have such a wonderful mother. As a baby and young child she made many of my clothes. She is so talented. Her work as a drapery designer has landed her jobs for a few famous people that will remain unnamed. Anyway, she kept this green velvet jumper that she made for me to wear one year so of course my daughter wore it for her first Christmas. The green jumper monogrammed with her name, the crisp white shirt with Peter Pan collar, and black patent leather Mary Janes. Sounds perfect right? Did I mention the giant white bow with a green monogrammed initial? Anyway, she sat on Santa’s lap, cried and they snapped the picture. Anyone who has ever taken pictures at the mall can sympathize…we left there paying over $50 for poor quality, over advertised pictures. I couldn’t get past all of the fake snow photoshopped across my daughter’s head. I felt a little defeated when we left. We swore we would not go back to the mall again.

So Christmas year number two rolled around and I was on a hunt to find a great new venue for Christmas pictures. I found out that Santa would be at the new Cabella’s store and the pictures were free! Paydirt! That was our plan. We packed up on what turned out to be a very rainy night to get the perfect Santa picture. You could cut the tension with a knife. I was walking about five paces in front of my husband on a mission to find that free Santa and score a place in line. That would have been fine but there was no line. Just a bunch of people milling around getting on Santa’s lap while an associate from the store snapped pictures with a digital camera. Hmmm…I was going to make the best of it. I had to. I found Santa. He was sitting in a rocking chair in front of a menagerie of taxidermied wildlife. Being that this is south Louisiana, I guess it was appropriate.

As we waited for the child in from of us to finish, my husband looked at me and asked, “What do we do if she starts to cry?” I looked straight at him and said, “We will leave her there.” As if I would take her off just because she was crying. Crying baby Santa pictures are adorable and besides she won’t remember. So we sat her on his lap and to our delight she didn’t cry! Instead she looked right at Santa and said, “Pink bicycle.” A girl who can state what she wants. I’m so proud of her!

Turns out the printer ran out of ink so there were no pictures from me to pick up. I quickly scrolled through my camera (they allowed you to take your won pictures) in hopes that I captured the perfect shot. To my anguish I saw in every picture my daughter’s dress was turned upward to reveal her tights and diaper! “We have to retake them!” I said to my husband and I took another look at the pictures. He kept telling me that it wasn’t a big deal. Well it was a big deal to me! I gave him the cold shoulder and finally demanded that we go back. My daughter, thankfully, happily sat on his lap and my husband fixed her dress with expert precision. I took about four pictures and felt a wave of relief. God I’m nuts….but I know I can’t possibly be the only one.

I doubt my daughter will remember that day but I certainly will. It was tense and I argued with my husband all for the sake of the perfect picture! Four months later we decide to have family pictures taken. The day of I could feel that anxiety rising in me and I had to tame it. I remembered how awful the past photo events were and I didn’t want to relive that.

So we were outside along the lakes close to our Governor’s Mansion sitting in the grass as a family. The photographer and his assistant tried, and tried, and tired to get our daughter to smile but she just wouldn’t budge. She wasn’t the least bit interested in having her picture taken or playing along with these unnecessary games as she saw it. She wanted to feed the ducks and play in the leaves. She wanted to be held my her daddy and see the edge of the water. Do I really need to force this? Is this “perfect” picture really that important? What is the perfect picture anyway?

So, $203 later and I have an 8×10 of my family with a daughter who will not smile, a husband who is craning his neck which makes it look like his one chin multiplied into three, and me, who looks just plain tired. But you know what? This is our family. It may not be a perfect picture, but to me it is the perfect family and I wouldn’t have it any other way.

Is it just me? This idea of the perfect image of the perfect life…I don’t get it. Life is not perfect. It’s messy, complicated, and not everyone smiles. I’m working on remembering that each day…it’s really not what the picture looks like in the end…it’s who’s in it and the memories you make taking it. 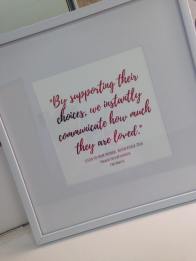 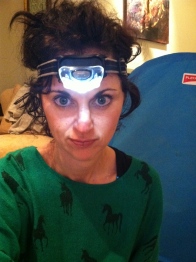 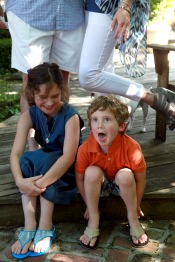 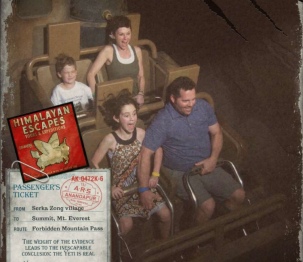 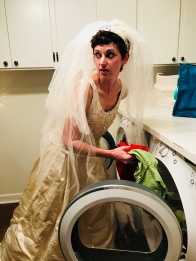 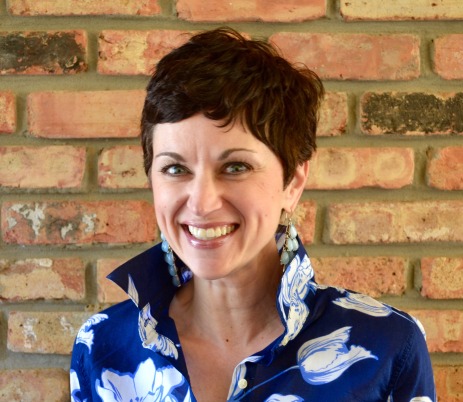 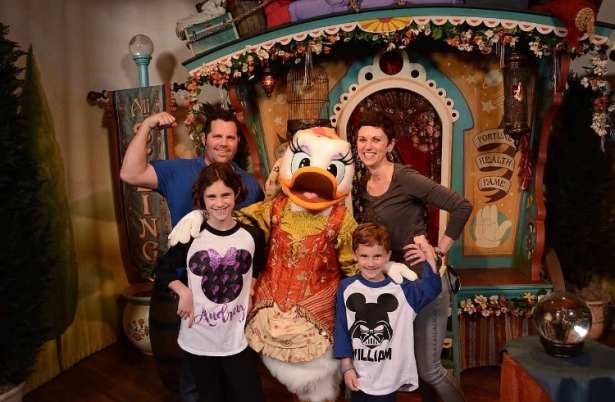 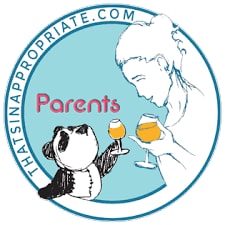