This journey as a writer has been nothing short of fascinating. I have learned so much about the business, the process, and what it takes to be successful. I’ve learned even more about myself and what I am I made of.  Sure, submitting a piece and never hearing a response can be depressing; knowing that it either wasn’t good enough, wasn’t a good fit, the list goes on. But getting a piece accepted and then having it torn apart by the public is a totally different story.

Last week I had a piece published by Scary Mommy that I was pretty proud of. To even get accepted by Scary Mommy is a huge deal – their Facebook page alone garners over 3 million followers. Exposure like that is a new writer’s dream come true! I’ve published several things for them and I am honestly humbled every time they email me saying “book it.” It truly never gets old!

But that’s just it – exposure. You have to be willing to take on that level of exposure – your words in front of an audience of over 3 million people. In the past, the exposure was validating, as comment after comment people connected to my words and thanked me for having the courage to say them. In some cases, people contacted me personally to discuss the topic further or ask for advice. (PSA: I don’t make any habit of giving strangers advice! I’m happy to listen, though) Not this time. This time was different; probably the first time I’ve been filleted so publicly.

I saw there were over 70 comments after the article was published so I wanted to see what people were saying. “Stop reading the comments.” My husband would say from over my shoulder. But I couldn’t stop. Once I saw how bad they were, it was like I couldn’t walk away – I was watching a train wreck happen before my eyes and I was dead center.

I think most people missed the point of the article. I think some throw around mean comments because they think they can. Hiding behind a keyboard escalate people’s bravado. Most don’t realize the process of writing and submitting. Either way, the personal attacks hurt. I would be a big fat liar if I said they didn’t. But, (there’s always a but) they won’t stop me; in some ways it’s a motivator. I also find this experience to be a great lesson in life for my kids.

They are both still pretty young so some of this (social media shaming) will be over their heads. They aren’t, however, too young to understand what it feels like for someone to say mean things about them. They know how it feels when someone doesn’t like them or something about them.

So the lesson for them is that it happens to Mommy, too. I had a lot (the comment count continues to rise) of bad things said about me and my work AND I LIVED THROUGH IT. I took the hits and survived. I realized that not everyone is going to like me – I may be too much or not enough for some people – and that’s ok. The world will not always think our work is terrific. When we put ourselves out there, not all responses will be what we hope for, but that doesn’t mean we stop doing it. Not all feedback will be positive. They need to know that people can and will say all sorts of things about me but it’s my own feelings that matter.

Resilience matters…take the hits and keep on moving along. 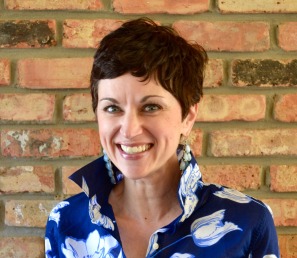 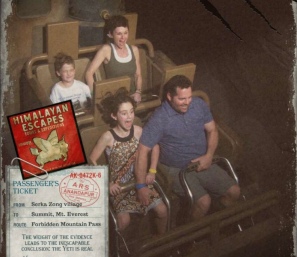